Barclays is capitalizing on the growing U.S. Market

Five-year covered bonds at 2.352 percent were sold by Barclays for $2 billion. The bond was priced at 153 basis points over the Treasury rate. Covered bonds are actually great for investors because they are a form of secured debt. Because of this added security, the covered bonds have triple-A ratings. 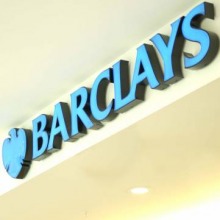 Annual issuance of these covered bonds has gone up tremendously from $6 billion in 2003 to $49 billion just last year. The trend has continued in 2012 as well with $32 billion issued from January to April. Europe has been fraught with its debt problems and people around the globe are looking at the United States as the spot for covered debt. The covered debt market has actually been growing a lot in America, but it has its origins in Europe over the last two hundred years.

According to Dealogic, Barclays actually sold a covered bond in the United States less than two years ago. This sale consisted of $1 billion of five-year notes that had a 2.5 percent coupon. The bonds were priced at 109.5 basis points over the Treasury rate.

Barclays underwrote this covered bond deal along with other bulge bracket banks UBS, HSBC and Citigroup. Additionally, the Barclays bonds are insured by residential owner-occupied mortgage loans in the United Kingdom.

Further, strategists at J.P. Morgan have found that the dollar market for covered bonds is around $142 billion. This is actually only 6 percent of the $2.5 trillion covered bond market in the world. The U.S. should expect more desire for funding since the European investors are faced with so much volatility.

We Support
Climate Activism
Click to reach the League of Conservation Voters.
Conversation Processing Intelligence™ beta website!
Click here to visit the hub of the Klat Network.
This site is part of the Klat network of blogs, forums, and communities.

Why James Bond is so appealing to women

Daniel Craig as James Bond with The Queen in Olympics film.jpg

Take a lesson from James Bond